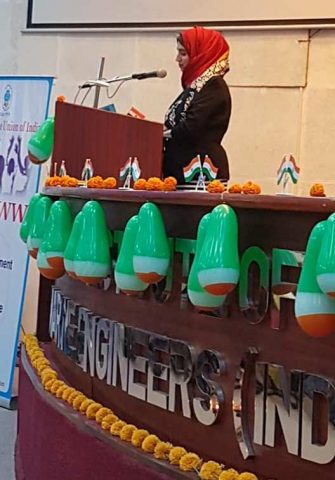 The Maritime Union of India (MUI) represents the Merchant Navy Officers who are it’s members. It is affiliated to the International Transport Workers’ Federation, London, U.K. that has to it’s affiliation more than 600 transport workers’ trade unions in over 135 countries and presents the interests of about 5 million workers around the world. The Union supports, participates and organizes medical awareness and welfare camps. The main objective and aim is to work for better terms and conditions of employment of the member Merchant Navy Officers. The Maritime Union of India has the support of eminent personalities and experts who are actively engaged in Legal, Medical, Maritime, Social, Welfare and Charitable activities. It publishes it’s home journal the OCEANITE every quarter and it is distributed free of cost to the members and the Shipping fraternity.

Together we inspire and empower!

Now that there are women who have made successful careers in the maritime industry it’s but natural that they too have a representation. I am a firm believer of gender equity; formulating a Women’s Wing is a step in this direction. I was a part of this historic moment. The MUI-WW was formally unveiled on 26th January 2018. The day will be marked in golden letters just as it became the Republic Day of India in 1950.

The Unveiling of the Women’s Wing, MUI-WW

“No matter where you are in life, inspire and empower the women around you! Success is never reached alone, and wisdom as well as wealth is sweeter when shared”. Were the words of Ms. Saleha Shaikh, head of the MUI-WW, the lady instrumental in turning the dream into a reality, with the support of Ms. Lata Khatri, Ms. Pouruchisti Okaji, Ms. Laxmi Soneji and Ms. Ilham Modi.

With this beautiful thought, we set off on our maiden voyage, empowered with passion and purpose. After all happy and healthy families make happy seafarers. Happy seafarers make the fraternity strong! MUI General Secretary, Mr Amar Singh Thakur graced the occasion. He spoke about the history and purpose of setting up of MUI and the idea behind starting the Women Wing now. The historic moment was inaugurated with the lighting of the ceremonial lamp by the invited dignitaries along with Mr. Thakur and Ms. Shaikh. 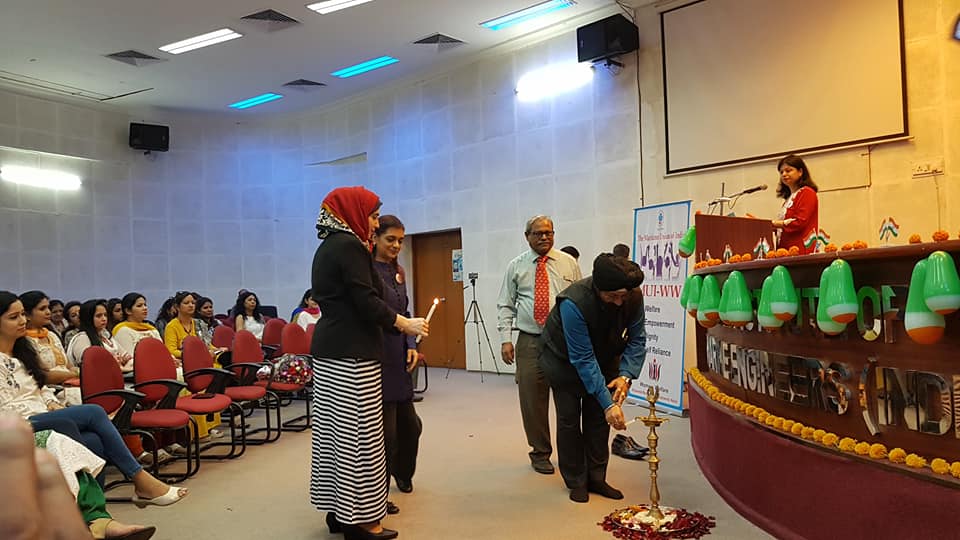 The ladies, wives of officers as well as lady seafarers were registered as members. The MUI-Women’s Wing (WW) thus had it’s first get-together at Mumbai. The event commenced with an empowering session by ‘Take Charge Expert’ and author Ms.Gemini Dhar. It was a great platform for synergy, experience sharing, collaborating and networking. The ladies had a great time interacting with each other over high tea. Women’s Wing head, Ms Saleha Zubair Shaikh revealed the details of the exciting activities planned for the upcoming events. A room full of women can do wonders if they join their hands and decide to support each other. That itself is so very powerful!

The Year Gone By

“A woman cannot be another woman’s best friend“~ Who said this?!

A woman is certainly best friend to another. I’ve lived that and I say so. Just imagine a world that had no fairer sex how would it be? A man complements and supplements you but it’s the girl friend that supports you and keeps you sane. They understand you and they teach you so much about life and relationships! All I needed to know about life I learnt from my girlfriends won’t be wrong at all. The friendship starts right from the time one goes to school, the nursery through the kindergarten, to school, high school, college and then the workplace. Some friendships we keep and some slip into time even without us noticing it. All of us go through these friendships and learn our lessons from the girl friends we have had.

After marriage when she moves to another family, city or country. Again it’s the company of friends who have been a part of that culture and setting that make her comfortable with her new life. The transition is smooth because there was a woman who made it comfortable for her. It could be the mother in law, the sister in law, the women in the new neighborhood or wives’ of husband’s colleagues. 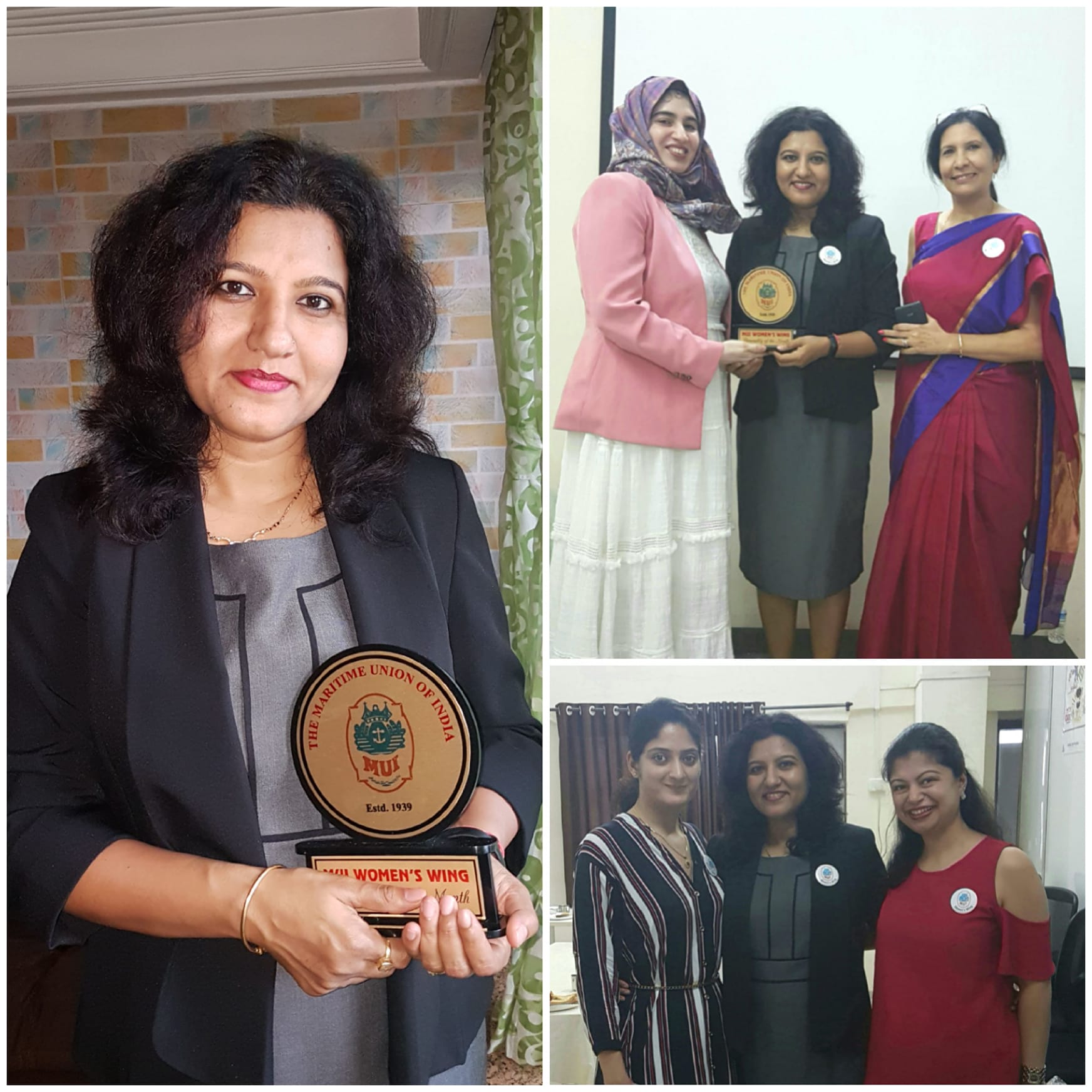 I come from the defence background and have seen the importance of NWWA (Naval Wives Welfare Association). It is not just women’s association or club but has a huge role to play in the lives of the defence personnel. The men are in the service of the nation ready to move and relocate just in a couple of hours; at times the notice can be even shorter. Who takes care of the family behind or old parents away in another city or village? Who forms the liaison in times of emergency? It’s the association like NWWA. The brave men who have to leave their families behind to attend the call of the nation can do so with ease as they know that everything will be taken care of my the strong support of the women.

I find MUI-WW to be a similar association;  The Merchant naval officers wives have lives very similar to the that of the defence wives and no support whatsoever. They can get in touch with the shipping offices but can’t connect the way she would with other women like her. In fact I was pleasantly surprised to see MUI-WW taking up a great role of getting the lady seafarers and seafarers’ wives on one platform. This is the space where we share not just our concerns but also a lot more. We have become friends and help each other when the timely advice is needed; forming a support system for each other. Have also created groups on social media where we all are connected.

It’s nice to note that at times they take guidance and help regarding foreign travels or joining their husband’s onboard. We don’t just talk serious stuff here we have the silly jokes times, the photo sharing and fishing for compliments times in equal doses.

The group has women from other cities too and it’s nice to share the happenings in each other’s cities, in their lives and also in associations. I guess after the group is formed the sailing hubbies do not hear so much from their cribbing wives and also the company office gets lesser phone calls from the worried wives of the sailing officers. This is called killing two birds with a single stone. One- women have got the 24 hour channel not just to socialise but also to vent. A lot of concerns can be managed at the micro level. I feel this a fabulous platform.

MUI-WW activities in the year

The MUI-WW  had it’s first get-together in Mumbai on 26th January 2018 . It was a great platform for collaborating and networking. The ladies had a great time interacting with each other over high tea. We all took a pledge to empower every woman and create space for fair representation, experience sharing, ideating; above all making the maritime fraternity robust! 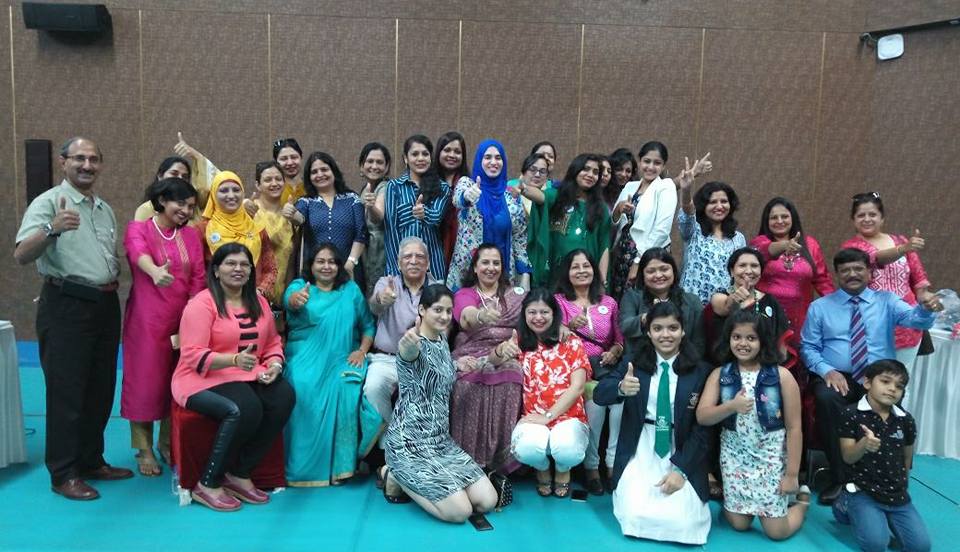 With the path already paved, the journey had to move forward and it did! The second meet was organized at Celebrations Club in Lokhandwala, Andheri in Mumbai on 14th April 2018. The MUI-WW held an inspiring session on Cancer awareness. A detailed and informative talk by experts, followed by a Q&A session held the audience’s rapt attention. Announcement of the coveted ‘Personality of the month’ and of the Winners of the MUI-WW ‘Life at Sea’ Poetry Competition brought in some cheer to the sombre mood, followed by a fun time bonding over snacks and tea. The event was as fulfilling as it promised to be. As I bid goodbye, I was already looking forward to the next meet.

The MUI- WW’s next meet was on the 18th of August 2018 at the Coral Maritime Academy, Navi Mumbai. The training topic for this get together was, ‘EQ is the New IQ’ The organising committee kept everyone posted on the event. I was so much looking forward to the interactive session. Being a trainer and coach myself, I love every opportunity that I get to meet others who do the same. It’s an activity that recharges my own batteries and brings about fresh perspectives. Ms. Ilham Modi did just that; she delivered a great training session. All the ladies found it quite apt, engaging and fun.

The session was followed by felicitating the winners of DIY contest for children. Women shared their experiences of life at sea or that of being the land lubbers. The surprise of the day for me was being honoured by MUI-WW.  It was truly humbling to be recognised as the personality that inspired others. The award is special to me and will remain very close to my heart as it comes from the fraternity and me being my husband’s wife!  I can’t take credit for my journey so far as it wasn’t carved alone; it has had contribution from my family, colleagues, friends and the organization that I work for. Also, it’s my belief that no man becomes great on his own and no woman becomes great on her own, its the people around them who bring out the best in them. Such honours only motivate an individual to strive towards excellence; and I too shall seek that excellence! Being married to a sailor does come with challenges of it’s own, due to the nature of the profession but being able to balance things is the name of the game. As it is rightly said that only the brave men go to the sea and only the bravest women marry sailors! I am certain that the sailor queens adore their men as they know it well that the sailor’s joys are as simple as a child’s. With such simple joys of life we all bid goodbye to each other with the promise of catching up soon with another interesting agenda with a good dose of fun.

We met just to chat and have a good time. The ladies bonded over lunch celebrating the New Year on  12th January 2019, a little later but who cared! We had good numbers and ladies came from far and wide. All through our events and gatherings we had support from the MUI office; I saw Mr. Hormaz Bharucha and his team working behind the scenes ensuring all was taken care of and we offer our sincere gratitude!

As 26th January approaches, it’s a bit of nostalgia as MUI -WW celebrates its first anniversary. Everything first is special and this shall also remain so. May we continue to spread our wings and keep soaring high. 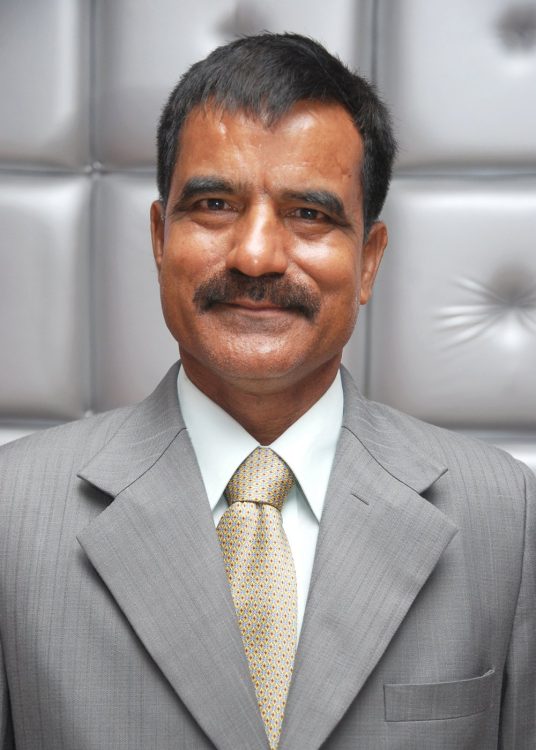