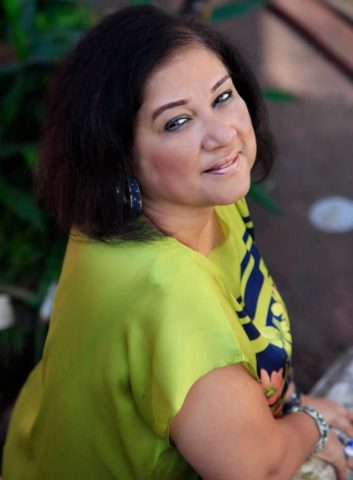 A graduate from the Dadar Catering College Ms. Odette Mascarenhas joined the Taj as a management trainee. She grew with the organization spending 18 years with them and then branched out on her own as a Management Consultant. She has made valuable contributions to the hospitality Industry and continues her journey in the hospitality sector, food being the centre of her focus- as a TV host, Columnist, Food critic and Author. This is her story. 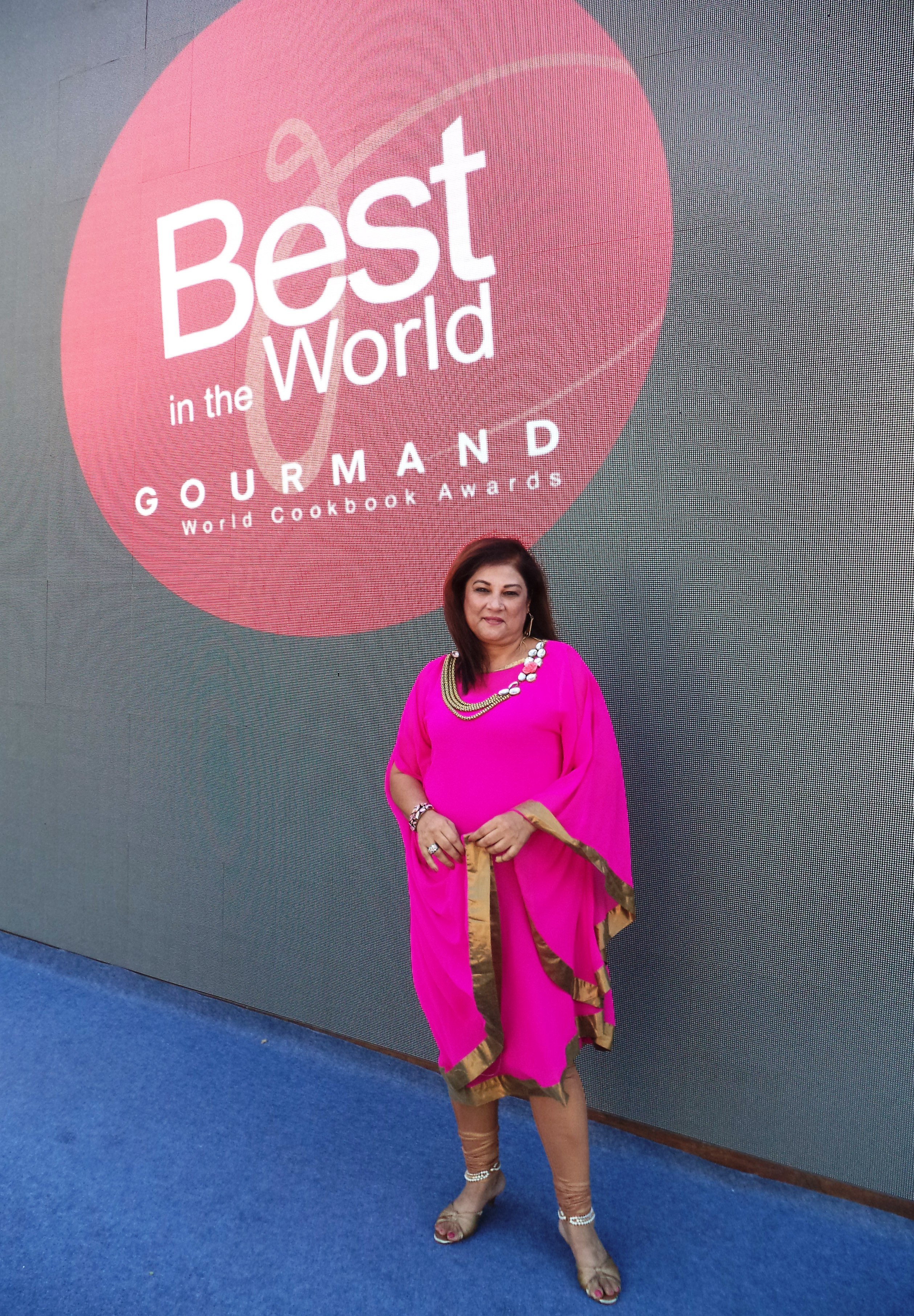 Ms. Odette Mascarenhas did her schooling from the Convent of Jesus and Mary Byculla, Mumbai. She was a ‘good’ student, sports was what really ‘excited’ her…but those were the days when ‘Engineers’ and ‘doctors’ were considered to be the milestones for every family. Her parents being ‘old schooled,  were very happy that she was selected for the Science stream, and she as happy for their sake (being the eldest in the family). Her creative way of writing was not appreciated as her parents put it- journalism was not ‘paying’. Unfortunately her heart was not in it and she did not make the grade to get into medicine. She was disillusioned and her parents only comment was ‘Join the Catering College, learn to cook and find a husband’. We are talking about the 70’s here!

So she joined the Dadar Catering College and was accepted by Taj. Her parents believed as many did during that time that working in a hotel was not a ‘clean’ job for a girl. But they accepted it. With her dad getting her picked up if she had a late shift. Perhaps their dream did come through because she met her husband at the Taj!

Selected by the Taj Mahal Bombay in 1979, she opted for Food & Beverage Service despite being warned that it was not a place for young women during that time. Within a span of 3 years she worked her way to taking charge of the Banquet Office of the prestigious Taj. Her work singled her out as she had taken all duties assigned (even night duty) at the different outlets, Shamiana, Golden Dragon, Tanjore and the Rendezvous which was the hotel’s unique supper Club and the employees posted there had to be selected after careful evaluation. 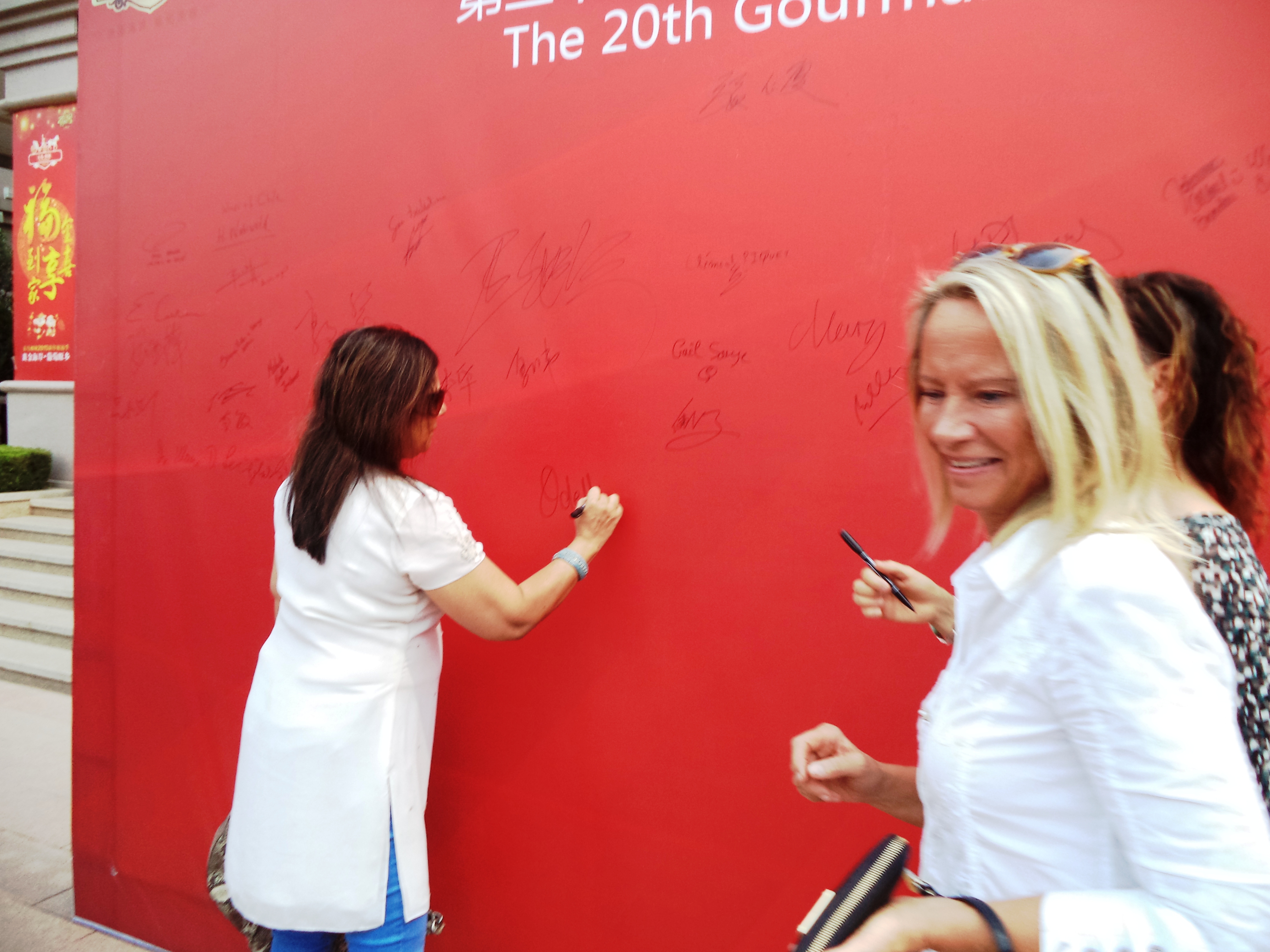 Her next assignment which she earned because of her experiences was to take over the Food & Beverage Department at the Taj Fisherman’s Cove (Mahaballipuram- Madras) in 1984. It was one of her greatest challenges. The hotel was 40 kms away from the city, governments were not very stable during that period, getting trained staff was a major issue due to the distance and procurement of fresh produce from the city (except seafood) took a lot of planning. With the help of her team (who she personally trained), the hotel hosted all the big conferences in Madras, with outdoor conferences of over 1000 people becoming a norm. Her team catered to the likes of Mohammed Ali, Jacqueline Onassis, Adnan Khashogi and even the foreign cricket teams who would spend their ‘rest day’ in the hotel. She set up the beach side restaurant called Bay View Point which even today draws in crowds from the city.

After a tenure of six years with Fisherman’s Cove, she with her husband was transferred to the Taj Goa in 1990. With both husband and wife working in hotel operations and having a 6 year old child, they h

ad to plan their logistics on the home front. It was not possible to give quality time to the child with the couple spending long hours at work so she took a transfer into the administrative department, she was appointed as the The Group Training Manager for Goa. It was the first training department outside the corporate in Mumbai (Bombay then) and she was entrusted to set it up from scratch. She initiated the Assessment centre, the HMT and HOT training center where young college graduates were trained for various skills before being transferred to different Taj hotels in India.

In 1997, after having completed 18 fruitful and empowering years with the Taj she decided to call it a day. But branched out into opening her own Management Consultancy with Training as it’s core focus. OnM Creative Consultants was the first company in Goa which offered development of skill sets to all operating departments in Hotels. From North to the South of Goa all hotels including some boutique hotels availed her expertise and services. As the organization began to grow, she used her skills to offer workshops on Behavioral Skills Applications. With this she moved to the Manufacturing Units too with a client base of over 40 multinationals all over India.

Ms. Mascarenhas is the curator for Food as ‘Art’ for the Serendipity Arts festival held every year in Goa. She is also the Food critic for the Times of India in Goa till date and is the author of the Times food guide since 2012.  She has hosted her own local TV ‘food’ series on Goa 365 and also International TV shows with celebrity Chefs Vikas Khanna, David Rocco, and Ranbeer Brar to promote Goan cuisine internationally.

Besides writing book – 8 so far of different genres, she is the co founder of the Goan Culinary Club, which preserves the authenticity of Goan cuisine researching long lost recipes. Her work with food has made her interaction with hospitality centers her core focus and she has been awarded many times for the work done in this field.

In 2003 on seeing the film made by the Taj Mahal Hotel on the first Indian Executive Chef Miguel Arcanjo Mascarenhas, she decided to write a case study on his life. That story impacted her to such an extent that at the end of her research it was finally made into a book. Rejected by many publishers, she took on the mantle of self publishing it with her husband Joe Mascarenhas (son of the famed chef). The book Masci  The Man behind the Legend won the ‘Special Jury award 2008’ at the Gourmand World Cookbook Awards in Paris, the very same award that was won by Julia Childs (of the Julie and Julia movie fame) in the year 1993.

Not ready to rest on her laurels she penned more food books with The Culinary Heritage of Goa winning the Gourmand Award in Yangtai China (2015) for historical recipes competing globally with 205 countries for the Best in the World for Historical recipes.

Her other awards besides the gourmand include

IWH in conversation with Ms. Mascarenhas

What have been the high points of your career?

It was when my work was appreciated and a challenge put before me. I was Banquet Manager (Office) at Taj Mahal Bombay when I got a call from Mr. Kerkars Office in 1983. During my ‘one on one’ meeting with him he shared the fact that he and Mrs. Kerkar were unhappy about the fact the Fisherman’s Cove (Madras) was not doing well and might be sold. He wanted my husband and me to do something about it and hence we were being transferred there. Leaving a set life in Bombay should have been ‘frightening’. I had a six months old baby but the ‘challenge’ proved irresistible. It took us five years to turn the place around with hard work and determination. But it was worth it when we heard Mr. Kerkar say…you both have done a super job where would you like to move to next.

I guess I have always risen to a challenge and that was what gave me a ‘high’. Like setting up the Training department, despite skepticism (idea was new) or a rejection from a publisher. If they can do why can’t I (self publishing). It was the ‘achievement’ that were my ‘high points’ 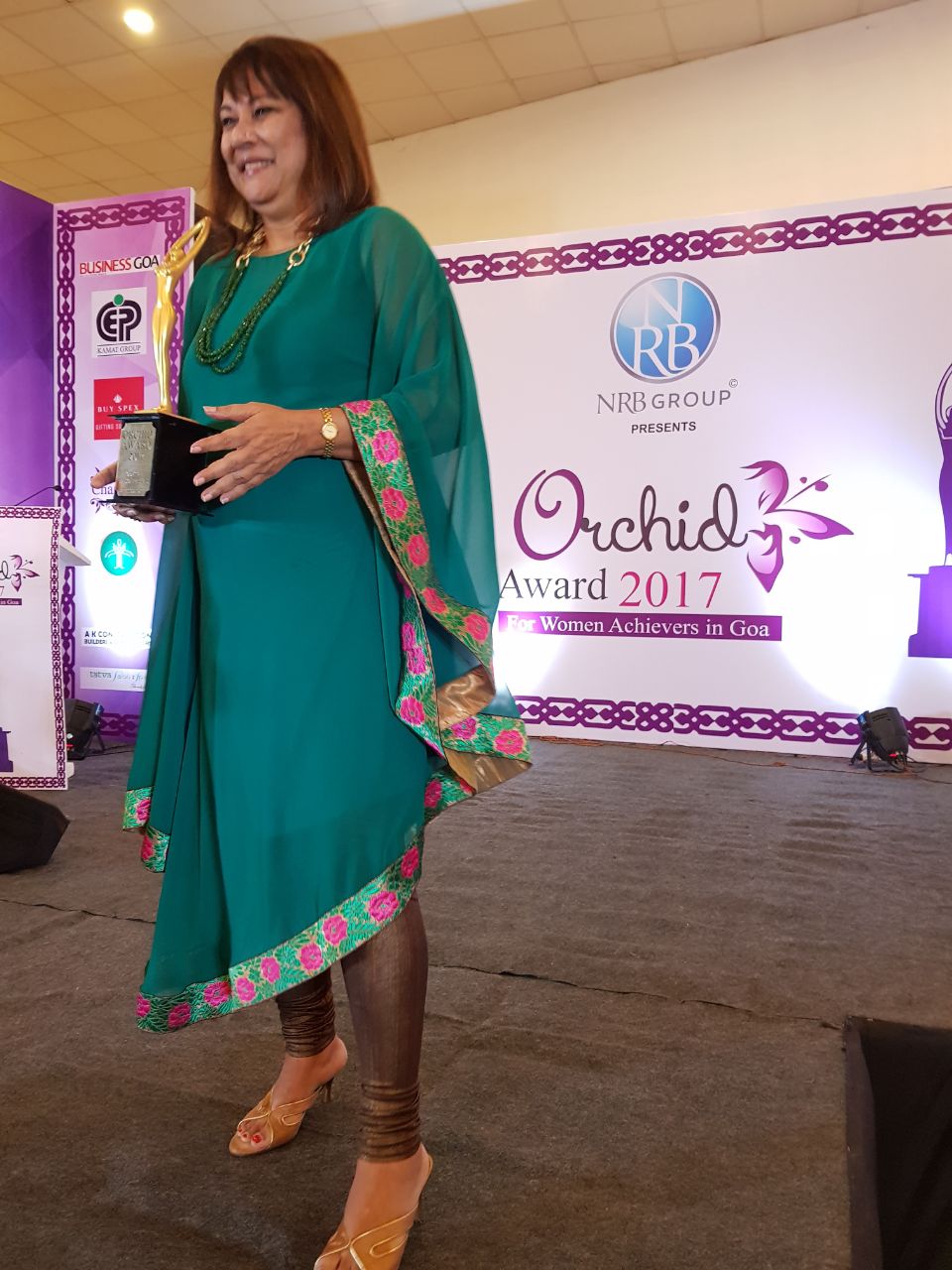 What challenges have you faced as a woman in the industry?

Working in Food & Beverage in the 80’s did not really gain acceptance in the male dominated scenario. It was easier at The Taj overall, but in restaurants during operations there were paradigm shifts in mindsets that had to be managed. For example a girl was normally expected to handle the entrance, seating guests etc. We really had to make our colleagues aware that we could manage other areas too. Or the fact that duty charts were normally expected to be done by the Asst Manager of the restaurant at that time, mostly male (1979). They could not believe that we were capable of handling it or disciplining the wash up area staff. ‘You should have brought it to our notice’ I would be told. We were in a ‘hands down’ area of operation not administrative; we had to show our worth. I was told by the Asst Manager that he was asked to look after me when I did a fortnight of night duty at the Shamiana, the coffee shop; as I wanted to learn about the operations. It was nice and caring, but a way of life then!

Years later when I started my Management Consultancy and moved into the Manufacturing hub, I was constantly reminded that this was a job for men; “you don’t know the type of workmen we have” I would be told. But as I said ‘challenges’ always stimulated me, even this was taken heads on.

What do you think of IWH?

I think that it is a great platform to share, stimulate and get people to understand their own latent dreams and work towards achieving them.

Your advice to the young professionals and students:

It’s in you to make things happen. Accept all challenges; you will feel the exhilaration of achievement. And in this competitive world, do not wait for things to come your way, use your skills….the first few steps might be tough but in the end you win.