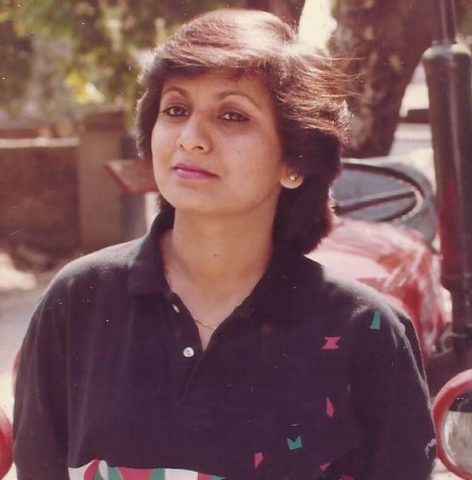 I connected with this dynamic lady after I saw an article that she had written on women chefs. I asked her if she had heard of the Indian Women in Hospitality and she replied in the affirmative. In fact she added that she was already a member, it made my day. I was more than pleased to see her among the other illustrious professionals on IWH. We got chatting and I wanted to do her story- found her professional journey to be really impressive, more than that was her willingness to keep learning and innovating. Also trying out newer things and accepting challenges after challenges. She is a role model to many hospitality professionals and a mentor to many others.

Here’s the inspirational story of Ms. Sangeeta Bahuguna – a foodie, serial entrepreneur and a marketing professional. She graduated from Delhi University and completed a professional qualification from Institute of Hotel Management, New Delhi. She started her career with the Hyatt Regency, New Delhi. Ms. Bahuguna has worked with hotel brands such as the Imperial, Sofitel Surya, Piccadily, ITDC, Apra Motels and Resorts and The Ambassador Group. Dabbled with Bollywood with the film Magazine – Tinsel Town and has the experience of entrepreneurship; managing first her own travel company and then an Executive Search company – Hospitality Careers.

Along with successfully managing Hospitality Careers; she is writing on food, hotels and travel related experiences.  Also on her own page – Dineout Club. It is a foodie group on Faceook, with a strong membership base. Members are passionate foodies and the Dineout Club arranges experiences for them at various food outlets – existing as well as new launches, across the city As part of the food reviews, also arrange Pop-Ups and Events and related to that, Guest List Management including promoting the restaurants through Social Media such as Facebook, Twitter, Google+ and Instagram. 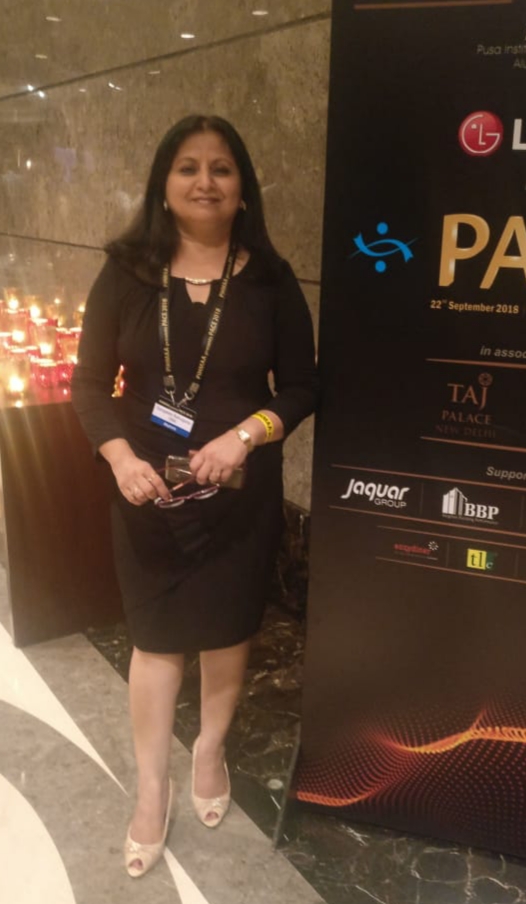 She comes from a service class family; her parents were well educated and were working professionals. She says that her father was  a self made man, who started working to support his education and qualified for IAS and PCS thrice but could not qualify in the interview so his desire was to give good education to his three daughters and wanted them to become an IAS or a good professional in their chosen area. He worked at the Lok Sabha (Indian parliament house) and was highly impressed by the library there.  He  made his daughter Sangeeta study Library Science at the under grad level,  she found the course to be tough and even after completing it didn’t feel like working in a library. Her sister suggested the Hotel Management stream to her and after graduating from PUSA in 1984, she just didn’t look back. Ms. Bahuguna started her career with the Hyatt Regency, New Delhi and she loved every bit of working there and that spirit as well as enthusiasm hasn’t changed till date. She being the youngest in the family her mother never wanted her to start working early but she was so fascinated by the Industry that she grabbed the opportunity and took up the assignment.

She started at the Front office in Hyatt in June’ 84 and that’s the year when Prime Minister Mrs. Indira Gandhi was assassinated in November. Riots started and the staff were not allowed to go out of the hotel that night. Her family was worried and there was no means to inform of her safety at home. That was the end of her stint there and she was not allowed to work; family being over protected about her. But after situation normalized she went to the Imperial Hotel directly as a walk in candidate and she was absorbed immediately at the front office.  But banquets too needed someone like her, leading to a tussle between the two departments to keep her in their operations. Finally she ended up working for Banquet Sales and that changed her line to of work to Sales. After two years with the Imperial, she joined Sofitel Surya but Imperial hotel realizing what they missed, called her back with a promotion and doubling her package as the Sales Manager. 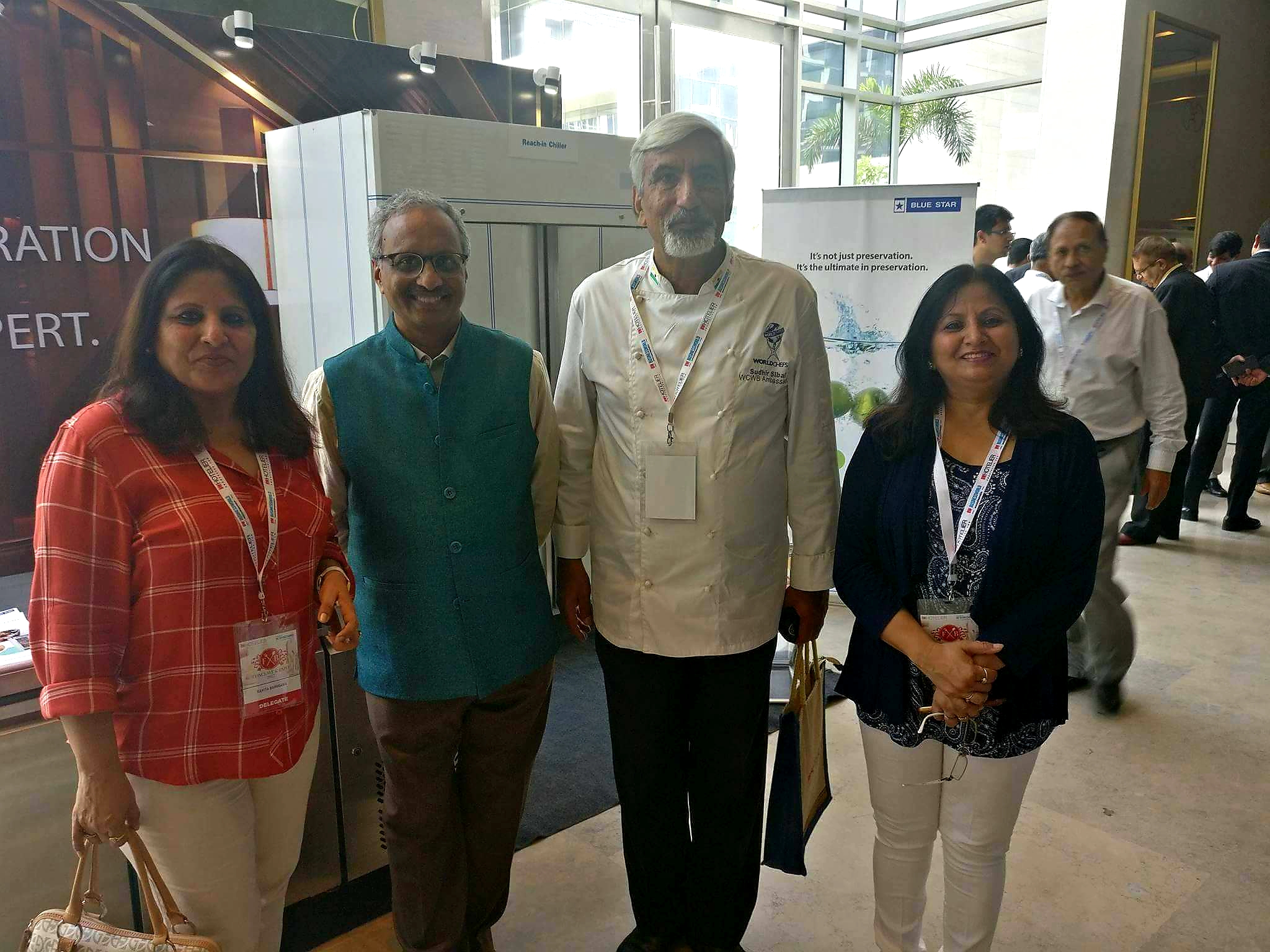 Three years with Imperial was long enough and she wanted to explore other avenues that would give her opportunity to learn something new. That lead to her working with a   film magazine for a year but love for the hospitality industry brought her back. I launched the Sales office of Ramanashree Group of hotels; a South based chain in Delhi. After two years she felt the need to do something challenging so started with her own company promoting various hotels at domestic destinations. Then domestic tourism took a beating, business was low due to various reasons one of them being natural calamities leading her to join her first love, the hotels again.

This time it was The Ambassador Group of hotels in the year 2002; she came onboard as the Sales Manager eventually being promoted as the General Manager Sales & Marketing. She worked there for six years. Her creative juices and the innovative mind wanted her to do something even more challenging; so got into business development for a Global Hospitality- chain of fine dining restaurants. After a successful stint there; she launched the sales office of Piccadilly Hotels, headed the office for a year and moved to Milestone Group of hotels as Head Sales & Marketing.

After being with hotels for nearly two and a half decades she embarked on a parallel business and started recruitments for the industry. She also started writing about hotels, food, travel and events related to the hospitality and tourism Industry. She has been promoting cuisines and expertise of chefs, writing about the stalwarts of the industry and the unsung heroes who have been working tirelessly in the kitchens and doing wonderfully well with their creations. Ms. Bahuguna also organises cookouts by chefs and food events on a regular basis. 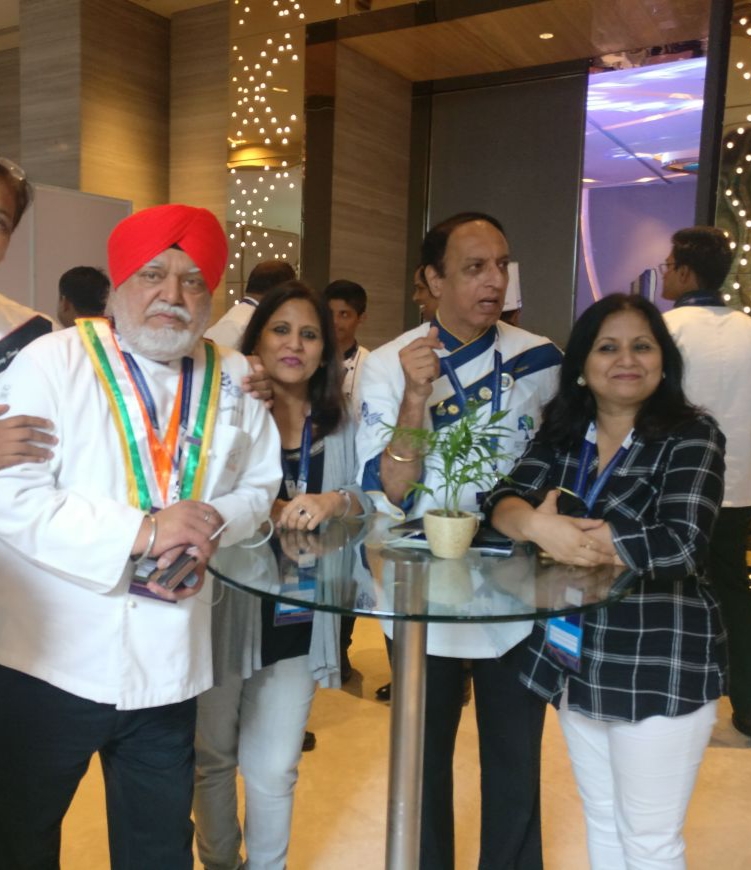 I also had a couple of questions for the lady and she was gracious enough to answer them with utmost sincerity.

IWH: What challenges have you as a woman in the industry?

Ms. Bahuguna: I haven’t really faced any challenges as such being a woman, infact being a woman it was easier to meet the higher ups of the corporate world who were decision makers. And they were always very delighted to meet sales people from the hotel Industry, then and was able to bring in volumes of business for the hotels. It is tough for Sales & Marketing professionals now as access to decision makers is not so easy and one has to deal with a number of people in the organisation before you can actually meet the right people for business development.

I am still a hard core hospitality professional and love doing what I am passionate about and happy and proud to be a part of this Industry where discipline, warmth, courtesies and hospitality are integral part of it and is one of the best industries to be in.

IWH: Your advice to the young professionals.

Ms. Bahuguna: I would like to mention here for the younger generation that do what you like then only you can give your hundred percent. Hotel Industry is as safe as any other Industry for women, one has to be smart enough to know the right and wrong and be able to handle situations and people.

IWH: What do you think of IWH?

Ms. Bahuguna: IWH is a great initiative to bring together the women professionals of hospitality Industry which could be a great learning experience for all of us, to share, care and grow and be inspiration for the generation next.

We had a great chat with Ms. Bahuguna, the lady who can say, ‘Been there done that’. She has tried her hands at many different aspects of hospitality industry and excelled in them. I know a very few people who would be as experimental as her. She is certainly an inspirational lady and her story will make others to dream big and follow their hearts. 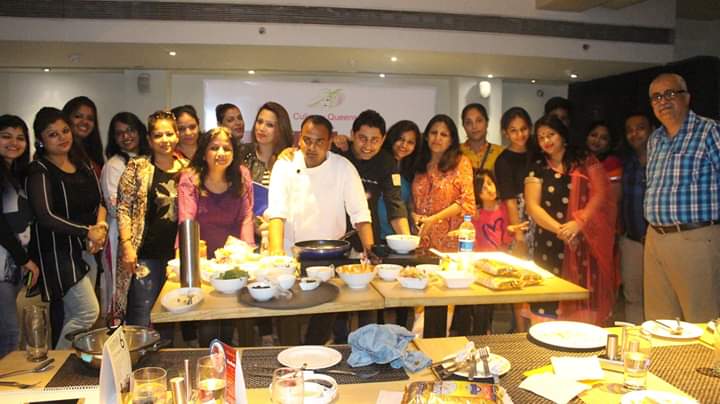