Tajness at the 4th Reunion 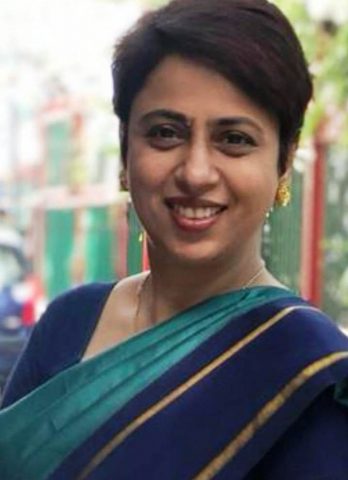 We were coursemates at the CHE (Certified Hospitality Educator) training program; that’s the first time I met her. She came across as a level headed, matured and a through professional; I had just started my teaching career then. We were together for a short duration and interaction was limited to group activities and assignments.  Met her later when I visited her institute as an external examiner for the University exams and have kept in touch since then. We also have a common group of friends that got me to know more about this extremely dynamic educator and hospitality leader. Her professional journey has been diligently planned and can see the hard work that she put through each role she played and position she held.  It gives me immense pleasure to have on IWH, the incredible story of  Dr.Ruchita Verma, Dean at the NMIMS’s School of Hospitality Management, Navi Mumbai, India. She has been a mentor to many hospitality professionals and an inspiration the others.

Dr. Verma is a results-oriented professional with a solid academic presentation holding a Doctorate in Management and over 26 years of  experience of working in hospitality & design academics in various positions. She says that she had a humble beginning as a lecturer and has worked her way up to a position of a Director/Dean.

During her illustrious career, she has held many portfolios. She was the Campus Director for Pearl Academy, Mumbai.  Ms. Verma  has also held the position of a Group Director for ITM Group of Institutions where she headed four hospitality schools and one fashion & design school from their conception to successfully operational institutions.

In her  past two assignments her overall responsibility included spearheading the entire gamut of academic and administrative functions, driving strategic functions for ensuring institutional profitability and growth.  She also led the business development function with contributions in improving institutional visibility and brand development. Ms. Verma played a major role in managing the end to end requirements for getting the validations by engaging in negotiation with the Deans, Presidents  & Vice Chancellors of renowned   universities in USA, UK, Australia, Canada, France and was instrumental in facilitating collaborative relationship with them. She is familiar with regulatory and statutory requirements and managed the end to end requirements of the accrediting bodies and local government agencies.

As a Researcher she has contributed insightful research papers and articles and has organized conferences, seminars workshops, study tours and talk invitations.

Ms. Ruchita Verma can be called a proper ‘Bombay born, Bombay bred’ woman! While she was born in South Mumbai, she stayed in Bandra for the better part of her youth. She did her schooling from the famous Jamnabai Narsee School (JNS) where she studied amongst the star kids of Mumbai; who today are among the top Bollywood actors and actresses. Her father was one of the few parents from the working class there ; she and her brother were amongst the children who came from non famous backgrounds. While most of the children were using branded things such as Nike shoes and imported bag packs, the siblings used the brand of the masses, Bata shoes and the traditional khaki bag pack. Growing up in an ultra-rich environment helped rub the sophistication on her; at the same time made her determined that one day she would be able to afford all the ‘Nikes of the world’ without blinking an eyelid.

After JNS, she studied at SNDT College, Juhu, Mumbai followed by Hotel Management at IHM Mumbai. Studying hotel management was her true calling. From day one she was raring to go and did well in college. However, she came from an era where parents had only one dream for their daughter which was to get her married. So she was her married off when she was barely 20 and was still studying in college.

Career advancements and my mentorship

Since Ruchita was already married, she started her career working as a Management Trainee at the Raheja Group of Hotels way back in 1991. This was followed by a short stint in Sales & Marketing for the Ambassador Hotels. In 1993 many private catering colleges were coming up in Mumbai & Navi Mumbai and there was a dearth of faculty.  By sheer chance she got to know about an opening at the Bharti Vidyapeeth Institute of Hotel Management  and joined them as a lecturer in 1993 at the young age of 23! Some of the students in her first year of teaching were older than her! After a decade in BVHMCT, She was head hunted by a new college opening in the neighbourhood in 2002. Thus started her exciting journey of professional development with ITM Group of Institutions. She started working for ITM’s IHM as a lecturer, went on to become the Vice Principal, Principal, Director and eventually the Group Director heading all their hospitality institutes across the country and additionally their design institute about 2 years before she left.

It was at ITM that she met her life coach, her mentor and role model – Dr. P.V. Ramana. She says, “It was because of his encouragement and direction that I grew professionally. His style of management was to challenge our potential, get us out of our comfort zones and seek the impossible. I truly grew as an individual and as a professional in ITM. It was also during my tenure that I had the opportunity to travel through our country and a good part of world”.

Dr. Verma adds, “Having made myself comfortable at ITM, in 2015 I decided to challenge myself and get out of the comfort zone. It led to a creative disruption phase of my life and I started heading Pearl Academy a Design Institute in Andheri , Mumbai. Here I had the opportunity to work with creative people and the super exciting design community! Pearl also gave me the opportunity for a lot of self-development and leadership development. However, my heart was always in hospitality! So when NMIMS gave me an opportunity to start a school of hospitality management I just couldn’t resist!” 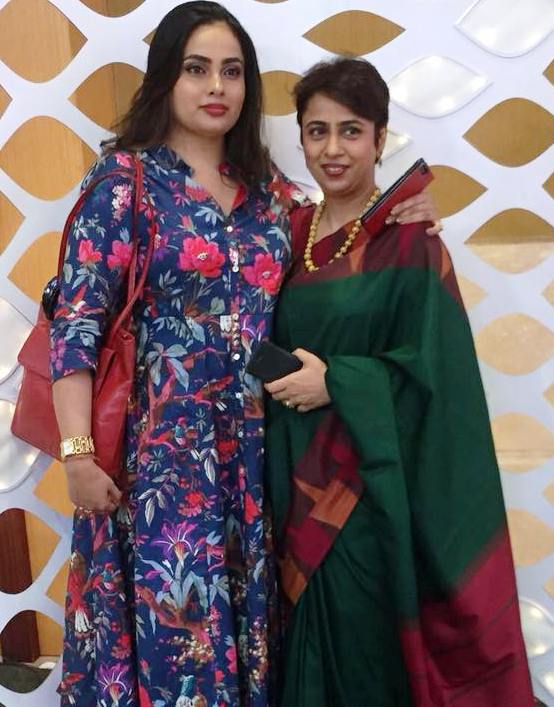 IWH had a few questions for Dr. Verma that she graciously answered.

IWH : What have been the high points of  your career?

Dr. Ruchita Verma: There have been many incidents that I  consider as important or high points of my career.

IWH : What challenges have you faced as a woman in the industry?

Dr. Ruchita Verma: Authenticity – I have struggled with being able to be myself in a leadership role where I have had to act against what I held as values close to my heart. For instance, I tend to value compassion more than men, which can be in direct conflict in a highly competitive work environment. Therefore, to be successful in that environment, I have had to sometimes act against my own deeply held values. I feel men, more than women, can succeed merely by ‘being themselves’ because they match other people’s concepts of what leaders are like. Women face more complexity because they may have somewhat different values and attitudes than most of their male counterparts. As a woman leader I have been called emotional when I may just be compassionate.  But it is important not to let one’s personal style get in the way of being heard. So it is important to listen to the cues of others.  I imagine most leaders would characterize authenticity as ‘behaving the way you always have’ – but for me that equation doesn’t quite add-up. To survive in a modern workplace, emotional and political sensitivity must act as filters, which sometimes hold us back from being our authentic selves.

I hold all kinds of hopes, fears and opinions that are entirely authentic to me, but which would undoubtedly damage my leadership effectiveness if shared them all with my team. In order to be the most honest, coherent and value-based leader, I believe that leadership identity should evolve, every time a significant change is made.

Dr. Ruchita Verma: Women in hospitality are few;  therefore, they are unique. I also believe that all women in the hospitality industry are those who live life on their own terms and conditions. These are the women who have broken the boundaries of societal stereotypes. Therefore, by creating a platform like IWH is liberating in itself. Kudos to Ms. Laxmi Todiwan, IWH will be a force to reckon with. It is a great opportunity for the women to come together as a community of strong women; IWH will surely make a mark not just within the industry but also in the society.

Her advice to the young professionals and students

What a conversation we had with this inspirational lady. I am sure her story will help the readers especially the ones who want to embark on a teaching career and motivate the ones who are already into the profession to have higher goals.